Home Sports | A source in the Tennis Federation: Mayar Sharif withdrew from Wimbledon due to injury

Egyptian player Mayar Sherif withdrew from Wimbledon Tennis, one of the four Grand Slam tournaments, scheduled for June 27, due to an injury that also forced her to withdraw from the second round of the Roland Garros Tennis Championships.

Mayar Sharif is scheduled to miss Wimbledon, as she will undergo treatment for a period of approximately 6 weeks, in order to return to her full readiness, so she decided to withdraw from the tournament to focus on regaining her fitness and fully recovering from her injury. 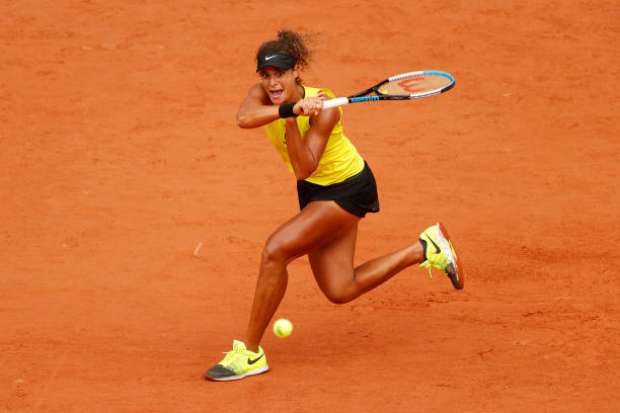 British player Emma Radocano, ranked 11th in the world, is also threatened with missing the Wimbledon tennis tournament, after she withdrew from her first round match at the Nottingham Tennis Championships due to injury.

Mayar Sherif, ranked 50th in the world, had achieved a historic achievement, by qualifying for the second round of the French Tennis Championships, Roland Garros, as the first Egyptian to snatch a victory in the competition and reach this role, before injury forced her to withdraw.

Mayar Sharif beat Marta Kostyuk in two sets without a response, in the first round of the Roland Garros tournament, 6-3 and 7-5.

Mayar Sharif’s agent: She sustained a crack in the left foot

Sherif Monsef, the Egyptian tennis player’s agent, revealed the details of her injury, which prevented her from playing the second round match, stressing that she felt pain in the left foot during one of the shots, which necessitated the stopping of the match.

He continued, “We conducted some tests immediately after the match and learned that there was an injury, and it was diagnosed with a crack in the left foot, which led to the tournament officials being informed of the decision to withdraw.”

Regarding the treatment plan, he said: “We will go directly to Spain to start the treatment and hospitalization plan, which is expected to last from 6 to 8 weeks with a medical group of the world’s most skilled doctors in treating sports injuries.”